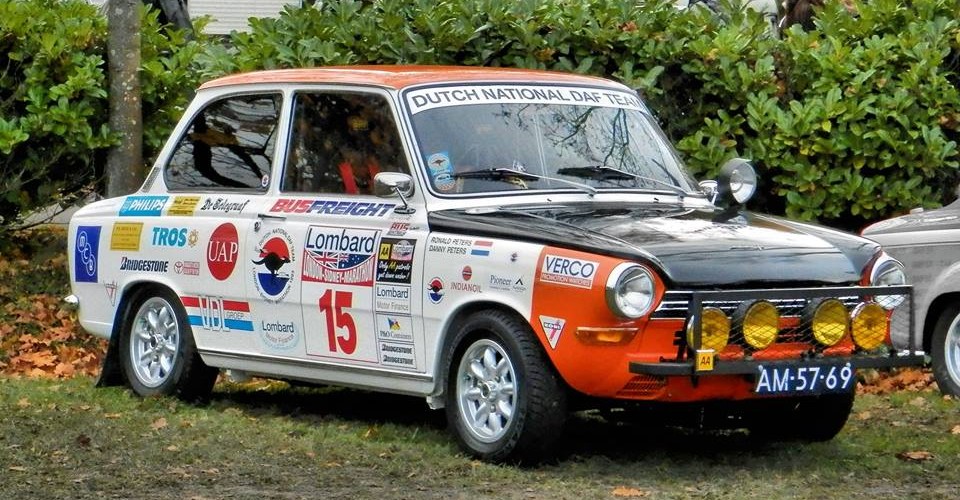 Ronald Peters wasn’t looking for a Daf 55 at all. He had his mind set on a completely different car , a Daf 33 estate. A close friend put him on the trail of just such a car, but it wasn’t meant to be. The decrepit car he found  was in too far a state of decay to even consider restoring. But one barn on there was another Dutch classic hiding: a near spotless Daf 55. It proved to be too much of a temptation. Ronald went home driving a tidy but very bog-standard Daf. 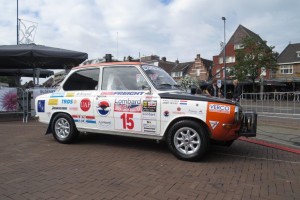 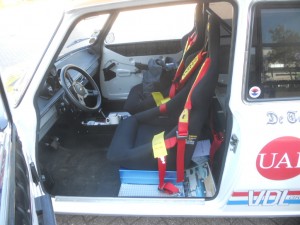 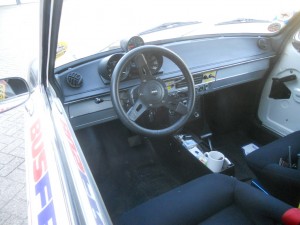 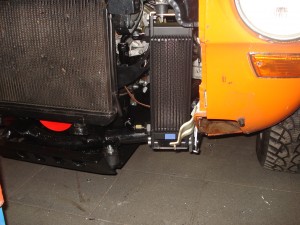 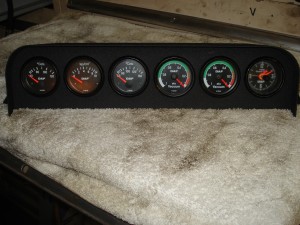 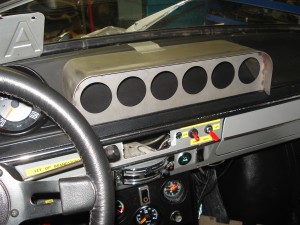 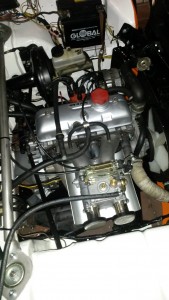 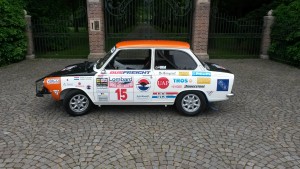 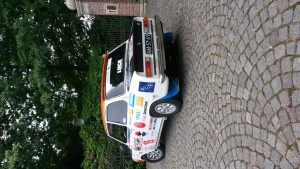 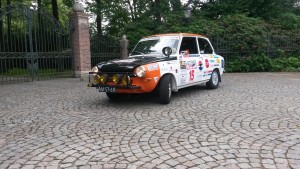 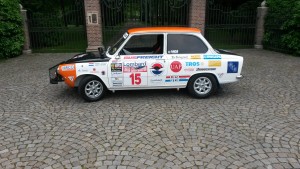 “It was never a question if I wanted to put my own touches on the car, it was more a question of what I wanted to do to it.” Ronald confesses. “The standard 55 is just too much of a blue-collar car. It needed something extra. I have several model cars at home and one of them is the Daf 55 that ran the London to Sydney Marathon rally. The moment I saw it, it just all made sense.”

The Dutch made Daf 55 is definitely not a prime example of a purebred rallycar. Nevertheless this small car does have quite a bit of experience in some of the great rally’s of the past. With seasoned Dutch veterans like Rob Slotemaker and David van Lennep at the wheel, the Daf 55 participated in the Monte-Carlo, the Coupe des Alpes and the aforementioned London to Sydney Marathon. One of these veteran cars is on display at the Daf factory museum in Eindhoven, the Netherlands. And that made getting the specs right a lot easier.
“I sent my father on a fact finding mission at the museum and he basically photographed every single inch of the car, top to bottom, inside and out. Those pictures were the basis for the modifications we made to the car. A lot of parts where custom-built as there was no off the shelf solution. Things like the front bumper, and the gauge cluster on the dash, those parts where never production items so there’s no way to buy them. 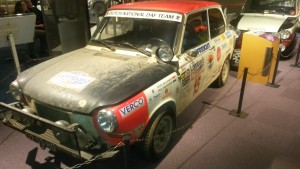 The original at the factory museum

The Daf engine also got a significant upgrade. “I worked on the engine together with my friend Andy Gilsing. We removed the original 1.1 litre engine and replaced it for an engine out of a Volvo 340. We fitted a more aggressive camshaft, and that resulted in me blowing up the engine within the first 750 miles. It was basically my own fault as we hadn’t fitted competition style valve springs. So we rebuilt the engine again and now fitted all competition style engine components. We haven’t had any problems since.We’ve also fitted a 4 in 1 racing style exhaust header and a Weber 40DCOE carb. All in all we’ve got about 75 Bhp from the engine and although that doesn’t sound like much, it’s actually plenty for such a light car. We had it on the Dyno and it easily did 190kph and that’s quite fast for a Daf. But the engine is more tuned for torque than topspeed anyway.”

Far from original: the engine bay

“We did quite a bit of upgrades on the rest of the car as well. We put on Volvo 340 brake-calipers, the subframe came of a Daf Y66 and we fitted Koni shocks all round. Of course we put in a roll cage and some rally seats, and there’s that custom built gauge cluster. The only thing missing now is a rally style fuel tank. Those where never made for the Daf, but I have it on good authority that we should be able to fit one from a Ford Escort Mk 1 without problems.”
Last on the to-do list is a complete overhaul of the famous Variomatic transmission. The stepless, fully automatic transmission has had little problem coping with the increase of engine power. “One of the key features of the Variomatic is the limited slip dif, making it ideal for rallying. The belts in the trannybox are capable of handling anything up to 120bhp so we’re well within that margin. The gearbox makes it really easy to throw around the rear of the car, the only thing that doesn’t work is flooring it from a full stop. You need to have the car rolling before you can really put the power down. To be honest it’s not a big deal.”

“For the outside of the car we copied the original as best as we could. The colours are mostly the same. The bright orange on the front sidepanels is the only colour that’s slightly different from the original. On the museum car they used a very peculiar fluorescent orange, and when I discussed this with the paint shop, we decided to go with a more standard orange that would be easier to touch up if damaged. You won’t see the difference unless you put the two cars side by side. All the stickering is exactly the same as on the original. We even went around the car with a tape-measure to make sure the stickers were the right size and to make sure we put them in exactly the right place.”
With all those upgrades it might be surprising that Ronald has no ambitions whatsoever to put his rally car to the test. “To be honest the car is my baby and there’s no way I would subject her to the dangers of rally driving. I do drive her around town, and I visit the odd classic car show, but that’s about it. I really take the best of care of her.”
Pictures courtesy of Ronald Peters and Jan Barnier