There was a time when a racecar meant a big car. Big wheels, even bigger engines and a large steering wheel to keep everything on the road. Prime example is the 1907 Wolseley Siddeley Coppa Florio Racer. 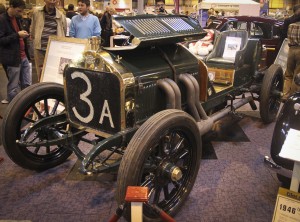 The Wolsit – Click the image to open a photogallery 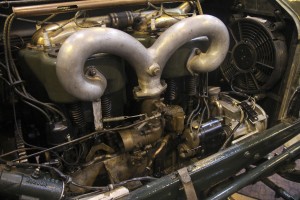 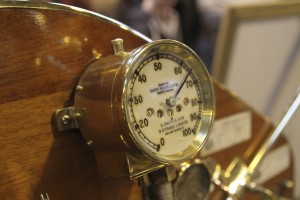 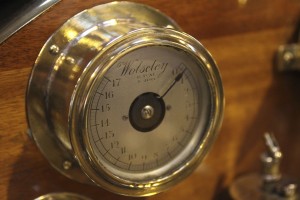 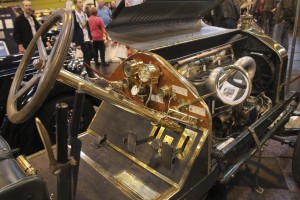 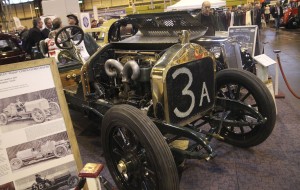 Wolseley is of course best known for its affordable cars from the post war era, or maybe the compact sports models from the 30s, but the history of this quintessential British brand goes much further back. All the way, to 1907 for example, when Wolseley prepared three cars for the Coppa Florio race in Italy.
The three cars were developed in the shortest possible time. The order for construction was given on July 1, 1907, and the cars were delivered in Italy on August 10th. Before that time there was extensively tested at the then brand new Brooklands circuit. (Brooklands opened on July 7, 1907). The cars were registered under the title ‘Wolsit’, the Italian subsidiary of the brand.

Coppa Florio
Coppa Florio was an eight lap race  on a ‘circuit’ measuring 80 kilometers length. The partially paved road surface was known to be very fast, but dust was a problem for both cars and drivers. Of the 34 cars that took the start, only 14 would finish. The Italians where victorious:  Minoia steered his Isotta Fraschini over the finish line in 4 hours, 39 minutes and 53 second. Average speed: 104 km’s an hour.

The three Wolsit’ cars didn’t do quite as well in the race. Car no. 1, the car in the photos, was piloted by Jo Durlacher. The car shot of the  track barely one lap in. Reports whether or not Durlacher was  injured during the crash are contradictory, but the car was probably in a sorry state, considering it drove through a fence, rumbled off a bridge and landed on a railway line.

Wolsit no. 1 was sold in June 1908 by the factory to  John Frescheville Ramsden and the car stayed in the family until the late 70’s. Current owner is Ken Prichard Jones, who regularly takes the car to classic car events and races. The Wolsit is the oldest existing car ever driven at Brooklands. The photos here were taken at the NEC Classic Motor Show in Birmingham.